Blog
Classical Blog
This is a place where our classical hosts, interns and artists can share their stories, viewpoints and point of view on topics related to classical music and the arts in general. Come back to this page often to read the latest and share your comments.

Getting Started - And Where It Led

I got a call one day from Jeanie Williams, a features editor at the now long-defunct Rochester Times-Union. She had heard my review of a revue—Irving Berlin’s songs performed at the old Downstairs Cabaret located in a restaurant’s basement at the corner of Andrews and St Paul. She’d been unable to send someone to cover it and asked if the paper could run what I’d read on the radio the morning after the show opened. By then, my radio show, originally called Anything Goes, had been on the air for a year or two and, as an adjunct of sorts, I’d begun to review musicals on Simon Pontin’s morning program. (Anything Goes became Fascinatin’ Rhythm when people at the station began to talk about putting it into national syndication; there was already an NPR program called Anything Goes)

I drove down to the newspaper the following afternoon, got a lesson in how to use a very clunky computer, and typed my first newspaper review into the machine. Before I left, I told Jeanie that I’d be interested in writing more reviews. I ended up as the theater critic for the Times-Union, then the D&C when the T-U folded, and eventually CITY five or six years after I thought I was through with reviewing for good. I wrote about plays on opening night—everywhere from the Auditorium Theater to Geva to a church basement—for more than twenty-five years. I finally got tired of having to sit through plays I didn’t want to see in the first place.

I also began giving talks at libraries, museums, and colleges; found myself appearing with singers (who wisely refused to let me sing a note); and eventually wrote three books, including my most ambitious, City Songs and American Life, 1900-1950, published by the University of Rochester Press in June, 2019. But it all started with Fascinatin’ Rhythm (née Anything Goes).

2019 marks the show’s 39th year on the air and its 30th in national syndication. It’s also twenty-five years since it won a George Foster Peabody Award. Along the way, I learned the most from Marianne Carberry, the program’s first producer when I was a beginner; Dave Sluberski, who gave the show much of its pace and rhythm during his years as engineer; and Andrew Croucher, who currently engineers the show and continues what Dave began. To commemorate the Peabody anniversary, Carberry and I recently sat down in the studio to record a conversation.  I hope you enjoy our jaunt through a bit of Rochester radio history.

Here's more of our conversation with information about the new book City Songs and American Life, 1900-1950. 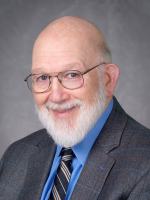 Michael Lasser
Michael Lasser grew up just across the Hudson in New Jersey at a time when Broadway was still Broadway, and kids, parents, and grandparents could all sing the same songs. He is a broadcaster, writer, lecturer, writer, critic, and teacher. He is also the author of America’s Songs II: From the 1890s to the Post-War Years (2013), a companion volume to his and Philip Furia’s America’s Songs: The Stories Behind the Songs of Broadway, Hollywood, and Tin Pan Alley (2006). A graduate of Dartmouth College, he is the former theater critic for The Rochester Democrat & Chronicle, and appears often at museums, universities, and performing arts centers around the country. In 1994, Fascinatin’ Rhythm won a prestigious George Foster Peabody Award, and, in 2010, he was named a Thomas P. Johnson Distinguished Visiting Scholar at Rollins College. He recently completed his third book, City Songs: The American Popular Song, 1900-1950.
See stories by Michael Lasser
Classical E-Newsletter